Well its belated in Australia being the 2nd of July but I am bang on time in Canada for the 1st of July.  Not the same kind of celebrating we would have had in Canada but we had a fun day with some sunshine all the same.   And the rest of the last week of school holidays will only get better.


The best school holiday weather however was the first week.  We started off with a friend of Lochy's from school coming over for a play.
Knowing the weather was going to get worse we took advantage and had all our out door playing the first week.  We then had a playdate at Ken Fletcher Park in Tennyson with heaps of friends... 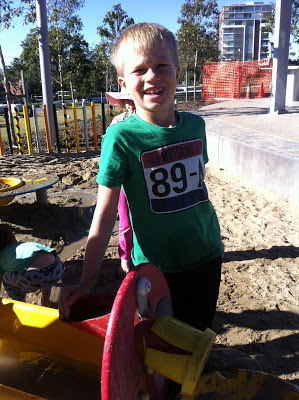 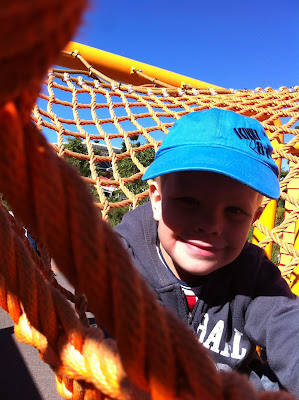 We also had a bike ride with friends.  It was quite the adventure starting out with a train ride down to Wynnum.  I confess we did horribly irritate people with our kids and bikes.  But frankly I thought the kids were amazingly quiet considering in total there were seven kids ages from 9 to 1 year old.  Mind you I didn't know the kind helpful gentleman helped us with our bikes into the designated "quiet carriage".  Now really, if you were on there with a hangover you have only yourself to blame right?  Not only that but we were taking the train outside of peak hour.  Also its a quiet carriage, not a no talking carriage.  The bike ride itself was gorgeous and despite the threat of the possibility of showers there was almost no rain at all, plenty of stops to play then the train ride home.  A very big day! 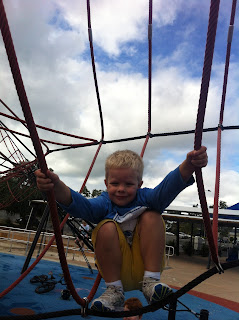 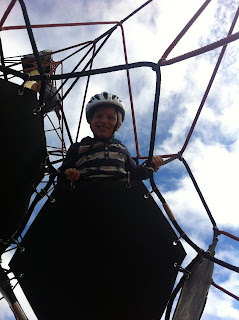 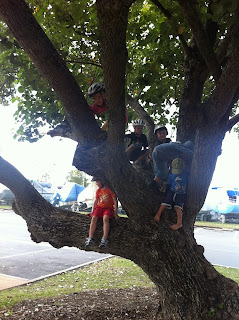 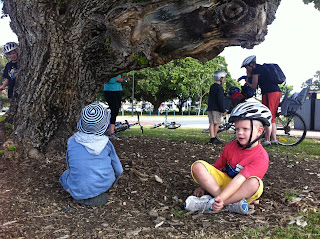 The weekend was more scootering with a bit more rain and now still drying runners.  Luckily enough there was just enough dry weather to go to SeaWorld last weekend.

This week we finally got the insurance to replace the carpet in Gav's room and we decided to do Lochy's and the office as well.


Lachlan's room BEFORE
Then you have to wonder, where do you put all that stuff when you put in new carpet into 3 rooms?
Well here is about half of it...Lucky we have high ceilings! 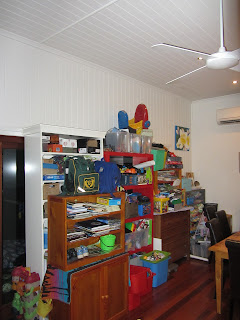 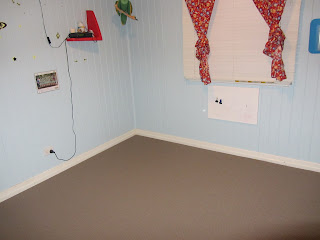 Do you remember how nice new carpet felt when you were a kid and it was just laid?  I was Gavin's age when my parents laid new carpet in the living room in the house they built.  I clearly remember rolling around on it and how soft it was...  This is a bit more tackling but there was some rolling too.  Its so nice to have all the carpet laid.  Now I am moving furniture around to give it a new feel. 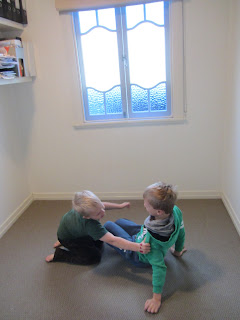 Today we got to the scooter park again, they cant get enough of it.  It was a bit wet but still heaps of fun. 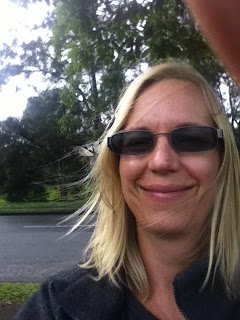 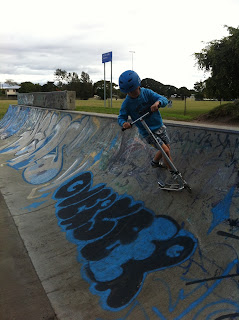 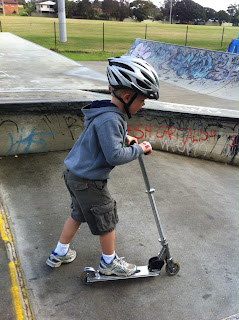 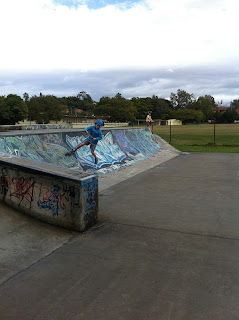 And finally a game of Carcassonne and that was the end of our day! 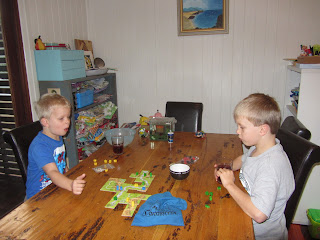 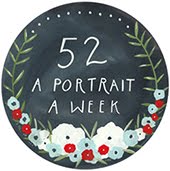